The Dow Jones crumbled another 800 points Wednesday, as lockdowns in Europe sparked a stock market crash that spread to U.S. markets. Tumbling energy prices were another obstacle for already jittery Dow bulls ahead of the presidential election.

All three major U.S. stock market indices fell in unison on Wednesday as the Nasdaq, Dow Jones, and S&P 500 dove 3%.

Surging coronavirus cases in Europe triggered another selloff in the U.S. stock market, as Germany implements a nationwide “partial” lockdown next Monday. Measures will be the harshest since the major restrictions on movement and businesses seen earlier in the year.

Mainland European markets are once again at the forefront of a collapse in equity valuations, with a second bout of nationwide lockdowns raising the chance of a double-dip recession. With the DAX slumping into a fresh four-month low, we look to be on our way to finally see the second major collapse in equity prices since the March bottom.

It is not just Europe that is a concern. Wall Street is also eyeing record U.S. cases, as hospitalizations are now trending higher, defying optimism that surging cases were moving in tandem with more testing.

The only economic data of note released Wednesday was crude oil inventories, which demonstrated an unexpected build of 4 million barrels. Although European lockdowns sent crude prices plummeting, the commodity extended its losses to 6% intraday after the inventory report. The prospect of more lockdowns in the U.S. and Europe only worsens the energy sector outlook, which has had its fair share of turmoil this year.

Investors can’t ignore the election, and polls continue to favor Joe Biden. The Democratic candidate has an incredible 17-point lead in Wisconsin, according to the latest ABC News/Washington poll, indicating the growing anti-Trump sentiment in the state. A Monmouth University poll now also has Biden 5 points up in traditionally deep-red Georgia.

Watch the video below for the latest on key election battlegrounds. 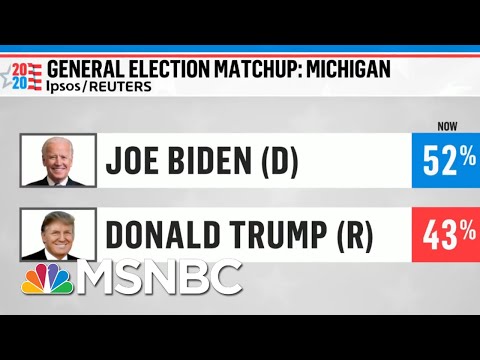 Wall Street giant JPMorgan is confident enough to call a Democratic sweep as the highest probability outcome, stating in its most recent research on the election:

Blue Wave still seen as most likely outcome… Polls should be at least a bit more reliable this year given that the number of undecided and third-party voters are at ~3% which is notably less than four years ago at ~11% and is the lowest level since the 1940s.

There was carnage in the Dow 30 as risk sentiment collapsed mid-week. Even the “stay at home” trades were under severe pressure, as $2 trillion giant Apple fell 3%, and Microsoft dropped 4% despite stellar quarterly earnings.

Watch the video below for analysts’ breakdown of Microsoft’s Q3 report: 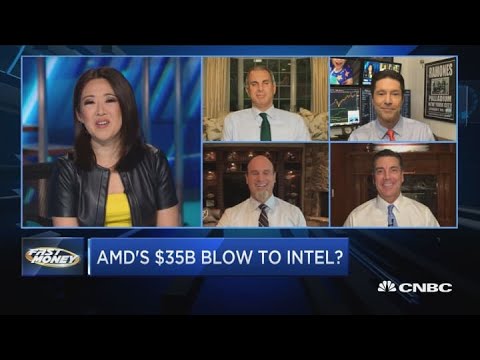 The Dow’s most heavily weighted stock, UnitedHealth, dropped 3%, while Caterpillar’s selloff continues with a 4% hit.

Visa was the weakest in the index, with a roughly 5% drop. Travelers was the only stock in the green with a 2% gain.

Until recently, the use of blockchain in elections was perceived as nothing more than an experiment. However, during the...

Who could have imagined a year ago how different our lives would be in just 12 months? Without any...

Bretton Woods 2.0 is knocking at our door, and it’s not here to help

Barely 100 years ago at the start of the 20th century, people were able to exchange dollars for gold...

Corporate Bitcoin treasuries are here, which can only mean good things

Decentralized finance continues to make its impact on the crypto market, and with over $13 billion of total value...