The Dow and broader U.S. market soared on Monday, picking up where Friday’s rally left off. The Dow and the S&P 500 came out of their fourth consecutive negative week, losing 0.6% and 1.8% respectively. The Nasdaq broke a three-week losing streak, gaining 1% last week. With three days until the end of September, the three benchmarks were preparing for their first monthly losses since March, which saw the market plunge to coronavirus lows on March 23.

Tech stocks continued their rebound Monday. Apple gained 2% and Tesla rose 4%. Facebook and Amazon soared by more than 1%. Netflix, Microsoft, and Alphabet climbed by 0.8%, 1.7%, and 1.6%, respectively.

Shares of companies that would benefit from a vaccine and an economic comeback soared on Monday. Carnival Corp and American Airlines were up 1.9% and 3.6%.

September has been rough for U.S. equity markets, particularly the Nasdaq. We expect it to bleed into October as visible risk events linger. Looking at the micro picture suggests this is just a correction in a new bull market and the best opportunities remain in reopening beneficiaries.

A Last-Minute Coronavirus Aid Deal Remains On The Table

Hopes that U.S. lawmakers could pass another coronavirus stimulus package ahead of the November election helped bolster risky assets. Another round of relief would provide support to the individuals and businesses most affected by the pandemic.

House Speaker Nancy Pelosi told CNN’s “State of the Union” on Sunday that Democrats would soon unveil a new proposal worth more than $2 trillion. This is less than the more than $3 trillion House Democrats had sought before, but a higher figure than the roughly $1.5 trillion the Trump administration suggested would be its upper limit for other virus-related relief measures.

Earlier in the week, Treasury Secretary Steven Mnuchin said he and Pelosi had agreed to hold further talks to try to strike a deal.

Watch the video below: 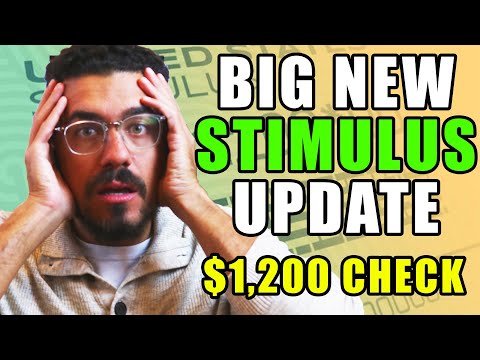 Investors also applauded a large number of corporate trading activities. Devon Energy and WPX Energy have announced they are moving forward with a merger of equals, raising their stocks 8.8% and 9.5%, respectively. Meanwhile, Caesars Entertainment has unveiled a cash offer to buy London-based William Hill for £2.9 billion.

The pandemic continues to keep investors on the lookout, but it’s unclear whether an increase in cases in some regions is a sign of a resurgence. Daily new coronavirus cases topped 1,000 in New York state on Saturday, marking the first time that new infections in the state have crossed the 1,000 threshold since early June.