Here’s Why the Dow Launched Over 200 Points Higher Today

All three major U.S. stock market indices managed to climb on Thursday. The Nasdaq was the weakest with only a 0.2% gain, while the S&P 500 and Dow Jones rose at least 0.5%.

Economic data were positive, as initial jobless claims comfortably beat estimates. Continuing jobless claims were more than 1.2 million lower than estimates, indicating that America is increasingly heading back to work.

According to an ING report, the conclusion of an audit by the nation’s largest economy, California, contributed to the decline. The same report does however raise concerns about the upcoming non-farm payrolls figure, with Chief International Economist James Knightley noting that it could give politicians a jolt:

Elevated initial jobless claims, the flatlining of Homebase employment data coupled with remote schooling limiting the usual seasonal uptick in employment and the unwind of temporary Census hiring means we could get a soft payrolls number. A weak figure would probably be a more significant catalyst for politicians to deliver action on fiscal stimulus.

In addition to the jobs numbers, the domestic housing market continues to boom. Existing home sales were up an astonishing 9.4% versus forecasts of an already strong 5% gain.

Watch the video below for CNBC’s report on the super heated U.S. housing market. 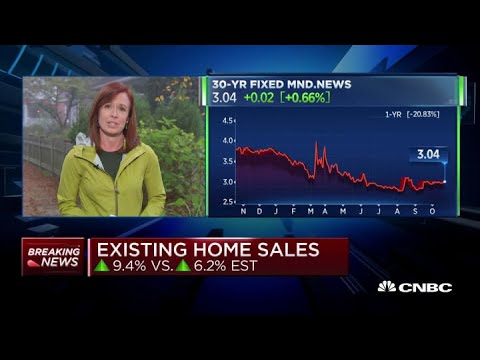 Though strong data were a contributing factor to risk-on conditions, Nancy Pelosi and stimulus talks continue to provide a carrot for the Dow bulls. Stating that talks are “just about there,” Pelosi remains confident that an agreement was coming despite anticipated delays.

This evening will see the final presidential debate, where Donald Trump is expected to continue his assault on Joe Biden.  If the last debate was any indicator, there could be plenty of volatility in Dow futures overnight.

On a positive day for the Dow 30, it was financial giant JPMorgan Chase that was leading the way with a 3% gain. The bank’s rally came as the U.S. 10-year Treasury yield continues to trek higher, with Goldman Sachs benefiting with a 1% gain.

Watch the video below for the latest on Goldman Sachs’ 1MDB scandal: 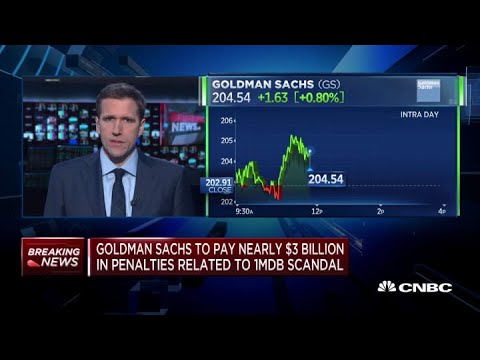 Boeing stock continues to benefit from positive headlines tied to the 737 MAX. Consolidations continue at the aerospace giant, as it considers moving their commercial headquarters out of Renton, Washington, closer to their large operations in Everett.

Tech was less buoyant as Apple and Salesforce.com were amongst the weakest members in the Dow Jones, losing 0.8% and 1.8%, respectively.

No. of Ethereum nodes surpasses Bitcoin’s for the first time

No. of Ethereum nodes surpasses Bitcoin’s for the first time

Ethereum is booming and how. The so-called “world’s decentralized computer” has now surpassed Bitcoin in terms of the total...

The price of Bitcoin (BTC) is hovering above $18,000 following a massive short-term correction to $16,200. Barrons reported that...

Bitcoin’s Carnivore Cult Is Both Stupid and Correct

This entire article is Saifedean’s fault.  Saifedean Ammous, author of “The Bitcoin Standard,” kept heaping steak tartare onto my...

It seems that the crypto bull run may be returning as Bitcoin, Ethereum, and altcoins mount a strong recovery...

Bitcoin analysts explain what’s next in the aftermath of BTC plunging to $16.2K

The price of Bitcoin (BTC) dropped sharply on Nov. 26 following a mass sell-off from whales. Data from on-chain...