I don’t know of a PR company in the land which would encourage him to make the comments he did about unconscious bias and how he knew absolutely nothing of the term before he “walked a day” in Meghan Markle’s shoes.

In an interview conducted for GQ Magazine with BLM activist Patrick Hutchinson, Prince Harry positioned himself once more for ridicule by showing how little he knows of the world outside of his pampered, royal bubble.

Sitting there in his $14 million mansion, he claims his upbringing shielded him from the uncomfortable side of life, which includes unconscious bias.

On that front, I absolutely agree. Prince Harry, much like the rest of the royal family, lives a very insulated and pampered life.

Once you realize or you feel a little bit uncomfortable, then the onus is on you to go out and educate yourself because ignorance is no longer an excuse. And unconscious bias, from my understanding, having the upbringing and the education that I had, I had no idea what it was.

So far, so good. There isn’t a lot there with which to disagree.

Both Prince Harry and his brother, Prince William, lead very privileged lives, and in recent years we’ve seen Prince William, in particular, look to break through the wall of privilege as best a future king realistically can. 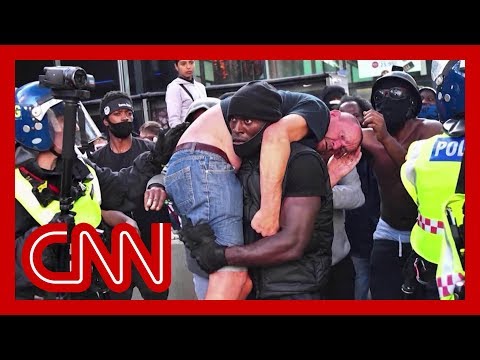 It wasn’t long before Harry managed to shoehorn his wife, Meghan Markle, into the discussion

Even though Prince Harry was speaking with a bona fide hero who actively stepped up and potentially saved the life of another man along with a group of his friends, it didn’t take Prince Harry long to find a way to slip Meghan Markle and her supposed hardships into the discussion.

While speaking with one of his British subjects, an ordinary man from Wimbledon who put himself in danger to do the right thing, Prince Harry decided to say the following on unconscious bias:

I had no idea it existed. And then, sad as it is to say, it took me many, many years to realize it, especially then living a day or a week in my wife’s shoes.

Really, Harry? And how do you figure that? 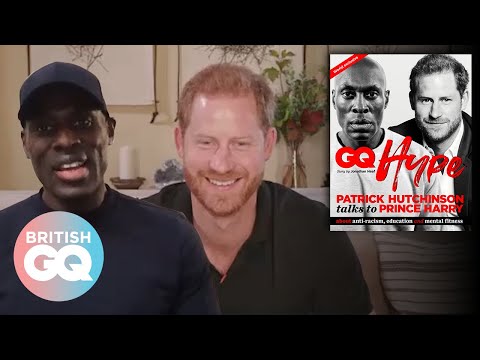 I noticed that he didn’t really expand much on the unconscious bias that he’s seen his wife face.

Maybe it was during one of her shopping sprees where she spent $1 million of taxpayers money in a single year?

Or was it during their time seeking out a multi-million dollar mansion in an affluent, and primarily white, I may add, neighborhood?

As if mentioning Meghan’s hardships wasn’t bad enough, he then decided to begin rambling on about how he and Meghan called Ashley Banjo during Britain’s Got Talent:

You talk about unconscious bias to start with, which you and I both know is a huge thing globally. But, yes, it exists in the UK as well. But I think with the Ashley Banjo stuff, we – Meghan and I – spoke to him shortly after that whole process, that whole moment in his life and Diversity’s life.

You’re talking to a man who risked his own wellbeing for the welfare of another in a pressure cooker of an environment on the streets of London, and you think that picking up the phone from your safe haven in California warrants a mention?

If Prince Harry wants to really experience unconscious bias, there’s one way he could do so

If Prince Harry wants to really experience what unconscious bias looks like, he could drag his backside off the couch in his mansion, take his private jet back to the UK, and spend a few days living with someone like Patrick Hutchinson.

To even think it was a good idea to shoehorn Meghan Markle, a privileged Duchess who lives a life of luxury far from anything a regular person will ever know, into a discussion with Patrick Hutchinson is another PR blunder to add to the long list that Prince Harry has committed since walking away from his royal support team.

If the inconvenience of spending time with one of the taxpayers who funded your wedding and your wife’s shopping spree doesn’t appeal, there’s something else you could do, Harry.

Shut up, and listen.

Just pipe down and learn from someone who’s out there in the real world, living with unconscious bias every day.

Despite losing $120M in a day, MicroStrategy is still up on its Bitcoin investment

Bitcoin’s latest price slump wiped out over $100 million in value from MicroStrategy’s crypto portfolio. However, despite suffering devastating...

Cypherpunk Holdings (CSE:HODL), a privacy-focused Canadian investment company, has upped its stake in Bitcoin (BTC). The company disclosed Thursday that...