The Ghislaine Maxwell Deposition is Unsealed

When Ghislaine Maxwell testified in her own defense in 2016, she was under the impression that the transcript of her testimony would remain sealed.

Today, a judge has released hundreds of pages — out of approximately four hundred total pages — that detailed Maxwell’s testimony in a civil suit brought against her by Virginia Roberts Giuffre (who is, perhaps, best known for being Prince Andrew’s most prominent accuser).

This testimony is the only substantiative evidence, to date, that details what the former media heiress did for her boyfriend, the late disgraced financier Jeffrey Epstein.

But while her testimony was certainly revelatory, it was also quite the hot mess, as well.

Ghislaine Maxwell Raised More Questions Than Answers With Her Testimony

There’s really no polite, or proper, way to detail all the things that Ghislaine Maxwell testified to doing on behalf of Jeffrey Epstein. Put simply, even the few things she admitted to were galling and beyond the pale.

But, as pointed out below, this testimony is also filled with contradictions. Whether Ghislaine Maxwell deliberately “threw the scent off” to evade prosecution for both herself and her former lover, or she did so because she simply was incapable of keeping her lies straight, is still up for debate.

Whose Names Were Redacted?

While Ghislaine Maxwell has made no secret about her closeness with Prince Andrew — whom she said, in her deposition, was a “true friend” to her — she was also very close with other powerful men, and women, such as Bill Clinton, Naomi Campbell, and Donald Trump.

It’s not clear whose names are redacted throughout the testimony, but it’s clear that she’s connected to some of the most powerful men and women in the world, which is how — perhaps — she was able to evade prosecution for so long.

More details about her allegedly perjurous testimony can be found in the video below. 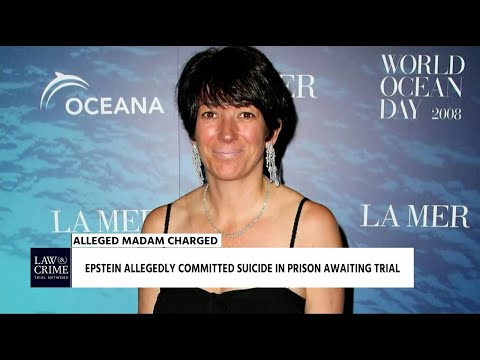 Despite railing against Giuffre and all the other underaged victims of her disgraced former boyfriend, Ghislaine Maxwell will have to answer for all the crimes committed against them, either in this life or the next one.